Welcome to the True Story of a B‑17 Crew in WWII page! This page tells the dramatic story of what happened when my dad's B-17 was shot down over Sicily in July 1943 • Read about the events aboard the plane during the fighting and the fate of each crew member • See my dad's Stalag 17 POW mugshots, his hand-drawn escape map, and more • Read details of one of his escapes • Hear a spoken account by the last living crew member

Much of the information found here was gathered with the help of the people and publications of the 99th Bomb Group Historical Society. The 99th BGHS was founded by the veterans of the 99th Bombardment Group (Heavy) and their families.

The 99th Bombardment Group comprised four squadrons of B-17 Flying Fortresses: the 346th, 347th, 348th, and the 416th. Flying out of North Africa and Italy from 1943 to 1945, the 99th engaged in 395 combat missions and earned two Distinguished Unit Citations. Their history is dramatic. It was a time that demanded extraordinary things from ordinary men. The men of the 99th met that challenge with great courage and enormous sacrifice.

On July 5, 1943, twenty-seven B‑17s of the 99th flew a raid against the airdrome at Gerbini, Sicily. Gerbini was the headquarters of the Luftwaffe Air Division III. The raid that day was in preparation for the invasion of Sicily that would begin just five days later.

During the raid, the 27 B‑17s encountered more than 100 enemy fighters! The fighters consisted of Me‑109s, FW‑190s, and Ma‑202s. The sky was so filled with enemy fighters that one B‑17 gunner reported shooting down a fighter he wasn't even aiming at; it simply flew through his line of fire.

Three of the B‑17s were shot down, including my father's. It was his 21st mission. During the fighting the plane exploded. Of the 10 men on that plane, five were killed. Four were wounded, including two who received life-threatening injuries. My father received shrapnel wounds to both legs. All of the survivors were captured and became prisoners of war. After a month of hospitalization on Sicily and the Italian mainland, my father remained a POW for 21 more months. During that time, he escaped twice only to be recaptured each time.

The 99th won the first of its two Distinguished Unit Citations for that raid. This page and those that follow provide access to all of the information that I have been able to assemble about that fateful day. 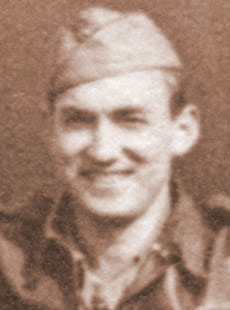 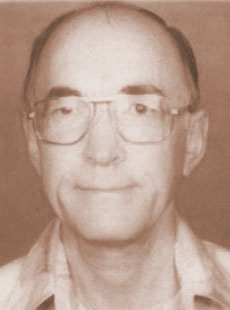 Download a PDF file with a detailed description of my dad, TSgt Harold Penoyer, and his B-17 crew by clicking on either of the two pictures: Where he was living when he was drafted • Where he received basic training and Radio Operator training • Where he received Gunnery Training—and why • The route the crew took to North Africa • Life in North Africa • A DAY OF TERROR: details of the aircraft formations, the events on the plane during the fighting, how some of the crew were killed, the injuries to the others and how the others survived • PRISONER OF WAR: hospitalization and captivity • The POW camps where my dad was held • AN ESCAPE: hepatitis and the farmhouse • STALAG 17: evacuation and the march west • LIBERATION! • HAND-DRAWN ESCAPE MAP • PICTURES AND MEMENTOS

Some of My Dad's POW Mementos

The following items are among the keepsakes that reveal the personal side of my dad's experience as a POW. He was held for almost two years by the Italians and the Germans.

The first two of the items described below are, to me, the most significant. They are placed first for that reason. The remaining items are in chronological order.

You can see a larger view of each item by clicking on the image.

These pictures were apparently taken at Stalag 17. There is a handwritten date on the back of each photograph: "Jan '44". My father told me that the injury on the side of his face was a sore due to malnutrition. He refused to tell me how he came into possession of the mugshots. However, I have been told by those who had been POWs that the prisoners would often get access to the files when a camp was abandoned.

The concentric circles are centered on Krems, Austria, the site of Stalag 17B. My father refused to tell me how he knew where each town was located. However, I now know that maps, guides, and money were often found inside board games that were sent to the prisoners. This was likely the source of the information.

The front and back of the card are shown together. This appears to be a postcard prepared by the Italians and designed to permit POWs to quickly note their status. My father apparently filled out the card shortly after he was wounded, shot down, and taken captive. Note that he underlined "I have been slightly wounded" and that there is no prepared notation for more severe wounds. This was apparently a deliberate slant to the news allowed by the Italians to be sent by POWs.

This telegram was sent to my grandfather. Note that my father's rank is given as SSgt. He had been a TSgt. but lost a stripe for reporting 24 hours late from a furlough. He was reinstated to TSgt. sometime prior to his honorable discharge from the Army.

This telegram was sent to my grandfather. Note that the date is nearly a week after the Italian capitulation of September 8, 1943. Veterans Administration records in my possession show that my father escaped from captivity on September 14, 1943.

This telegram was apparently sent to my grandmother as a courtesy based upon an unconfirmed Axis broadcast.

This telegram was also apparently sent to my grandmother as a courtesy based upon an unconfirmed Axis broadcast.

RAMP is "Recovered Allied Military Personnel." This appears to be a form filled out by liberated POWs. According to the information provided by my father in this document, he was at "Ranshafen" at the time. This was undoubtedly Ranshofen, Austria, a town very near Braunau on the Austria-Germany border, along the River Inn. Ironically, Ranshofen was Adolf Hitler's birthplace. 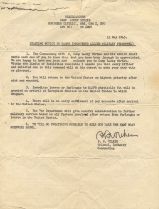 This was sort of a "welcome back from prison" letter that gave the soldiers some idea of what to expect next. Camp Lucky Strike was located near Le Havre, France, a coastal town on the English Channel.