The On Base pictures and stories continue here

This page is a continuation of the Thailand During Vietnam page. You will see more pictures taken on base during the period October 1968 to October 1969. 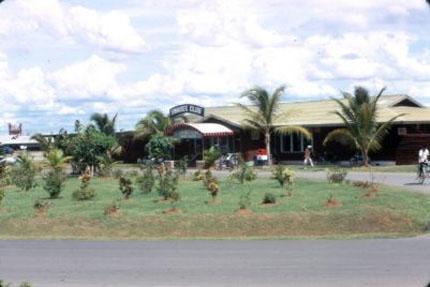 The sign over the door reads Swadee Club. This is a slight misspelling of the pronunciation of sawatdee (pronounced sah-wat-DEE). Sawatdee is the Thai equivalent of the Hawaiian aloha. It can mean either hello or goodbye. Most airmen pronounced it without the "t" sound: sah-wah-DEE.

There was beer, food, and live musical entertainment available here. There were also slot machines available. Very serious gamblers would set up shop at the poker tables on payday. That is, teams of people with large bankrolls financed the gambling at the tables. Gambling was winked at by the base administration.

Unlike the airman's club, the NCO club had no special name, just NCO Club. 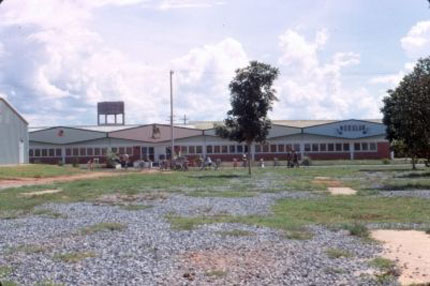 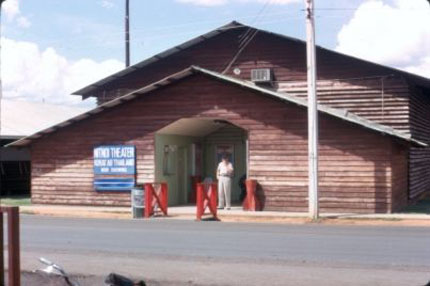 This was the base movie theater. Recently released movies were played here. The VD lectures for new arrivals (complete with graphic film descriptions) were also given here. It's clear from this photograph that the facility was very primitive, but it was adequate—with air conditioning. The most irritating problem with this theater was that the building just to the left housed the MARS station, a ham radio station that could be used to patch phone calls to family back home. Often while enjoying the movie at the theater, the 2000-watt signal from the MARS station would blast into the theater sound system and obliterate the movie's sound track.

This is the concrete slab where the hootch girls washed our clothes by hand each weekday. 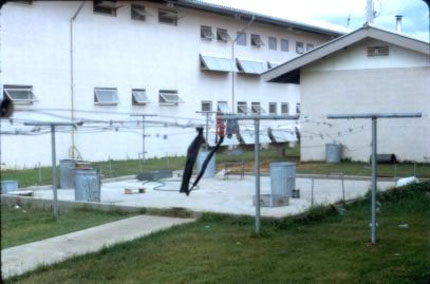 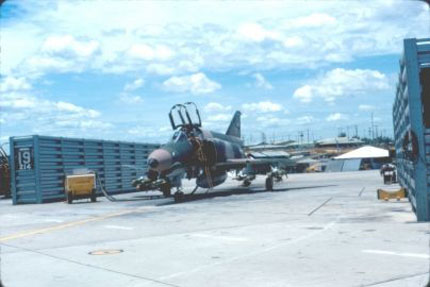 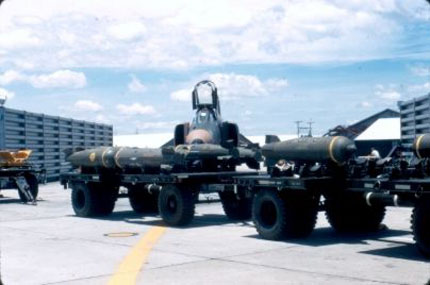 The F-4 at the top is armed with what appear to be twelve 500-lb bombs. Note the long fuses at the front of the bombs. These are "daisy-cutter" fuses that cause the bombs to detonate before penetrating the ground.

The F-4 at the bottom is being armed with antipersonnel bombs. The casings of these bombs split open and disburse lots of little bomblets intended to spread over a wide area, killing and maiming ground troops.

The F-105D at the top sits unarmed, carrying wing tanks. 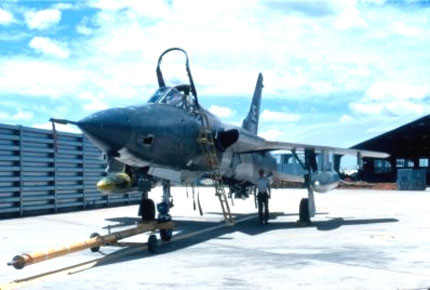 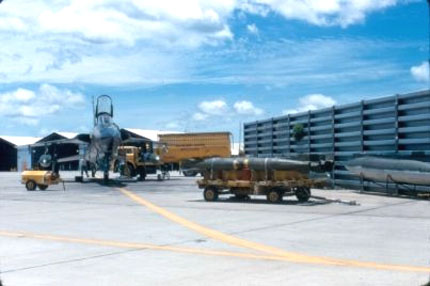 Two Views of the Flight Line

You can see a mix of F-105s and F-4s at the left. The most prominent feature at the right is the curve of the flight line. This line of sight runs parallel to the runways; thus, the same curve occurs on the runways. It might have been disconcerting for pilots unfamiliar with Korat RTAFB who landed here for the first time. 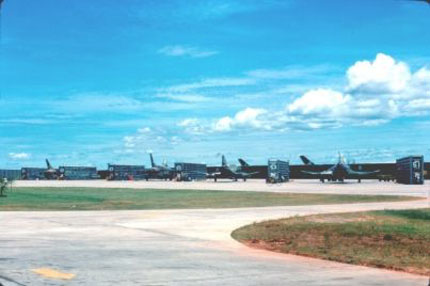 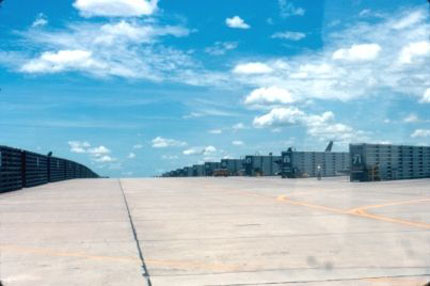 These are some of the fixtures on the flight line that got little or no use. Big Bertha, as it was called, was a very heavy-duty crane that was available if a plane were to crash and block the runway. Fortunately, that never happened. I don't recall seeing the boarding ramps used. However, they might have been used when Bob Hope and his troupe arrived here for their show at Camp Friendship. Camp Friendship was the U.S. Army base immediately adjacent to the air base. We often visited their enlisted men's club. 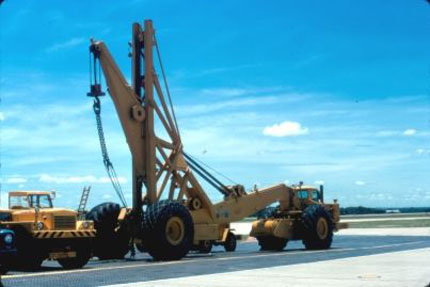 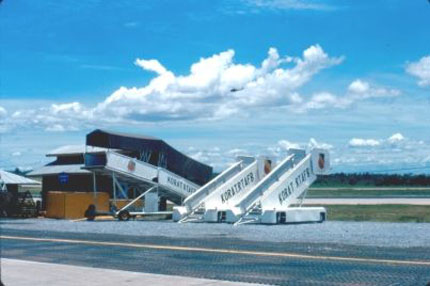